Citroenmad wrote:The A2 is one of them intriguing cars for me, the fact it is an Audi has no bearing on it, its just a nice and likeable thing. Besides, its not the type of Audi you see an inch behind you on the motorway

The C1 equivalent of the Audi family then Chris? The good one amongst the yobbos. Every family has one!


Citroenmad wrote:However, yes, I feel I will be back with something with Chevrons again soon, just when something takes my fancy ...

I've not driven The Activa yet Chris but will give it a good hydraulic check-over whilst it's here and pop the spheres on the tester and see how they look. First off will be the Activa Accumulator which is in the way of the gearbox removal!

Finally Chris, it's good to see you back here and posting again

IIRC the Audi A2 was a supermini type of car, but when a new boss (I cannot recall his name) took over at Audi he reputedly killed it off when he saw one in the company car-park and demanded that heap of cr4p was removed from his car-park.
Top

Hell Razor5543 wrote:I he reputedly killed it off when he saw one in the company car-park and demanded that heap of cr4p was removed from his car-park.

I can relate to that

Sounds reasonable to me.....
Top

I have sold my MINI, it was something I initially enjoyed a lot and taking it on a whistle stop tour of Europe was good fun but it's not something I wanted long term ... I don't usually do small cars and as I really only want one car, it was too small to be the one to keep.

The Passat is a brilliant car and is a real tank of a thing, it feels like it would survive anything! The engine gives it real character and its huge load area has been perfect recently, its been in van mode for the past month or so. 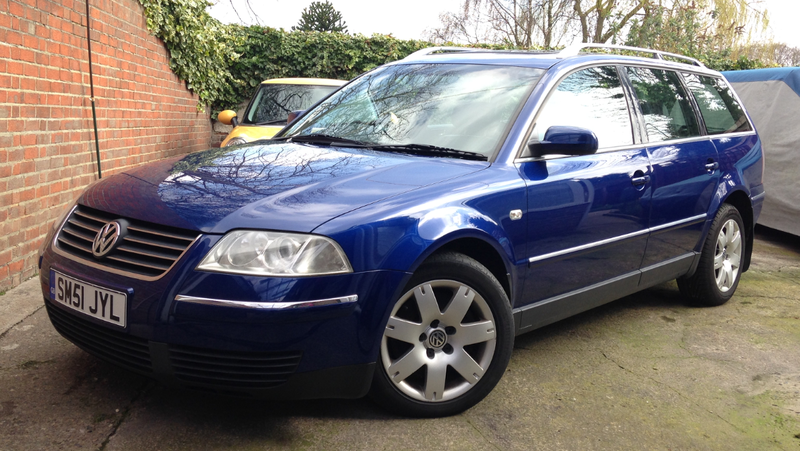 The Audi is on loan to a family member whos Vauxhall expired and was only fit for scrap, so until I source them a new one, they're enjoying the A2. Which, once back, will be sold on as there is little use for it now.

As ever, my company car changes frequently but at the moment I have a C4 Cactus Flair BlueHDi. I'm real fan of the Cactus and had I not of been given the opportunity of a company car, I would still have the red one which I bought last year. Which incidentally my sister now owns, it covers a massive daily commute which is stacking on the miles heavily, but returns 60+ MPG, so it is ideal for her. Heres the one I have at the moment: 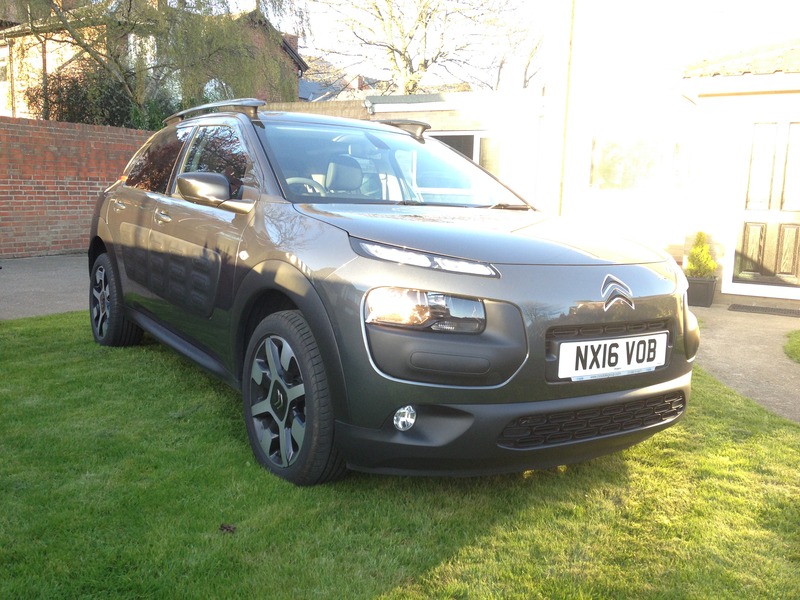 I keep looking for something else, as really the Audi will be gone soon and I won't be keeping the Passat long term. I really fancy a C6 and while seeing quite a selection at the Northern CCC event last weekend, that really spurred me on. Talking to their owners was a bit of a mixed bag of almost endless costs and others who had experience very few issues. A drive in the cream of the C6 range really gave me even more determination to get one, but will I take the jump ....

In other news I've finally bought my own house, which has been occupying all of my spare time over the last month or so. Despite it being a new build there is always changes to be made, decoration to be done and furniture to buy ... my Passat came is very handy there! Mind, I’m not sure if a C6 will fit in the garage, I'd best get the measuring tape out!
Last edited by Citroenmad on 31 May 2016, 13:07, edited 2 times in total.
Top

Can't see how a new house and C6 can co-exist unless you are earning one massive salary... Maybe you are!

I still have a big hankering for a Cactus and wonder if it would meet my lazy and comfy requirements for my long weekend runs to Somerset and back...
Top

Can't see how a new house and C6 can co-exist unless you are earning one massive salary... Maybe you are!

You may well be right, I definitely wouldn't enjoying paying the road fund licence! And I have to say, the potential repair costs are what really put a doubt in my mind about them. We'll see ...


CitroJim wrote: I still have a big hankering for a Cactus and wonder if it would meet my lazy and comfy requirements for my long weekend runs to Somerset and back...

I think they would suit your needs for a comfortable, easy to live with and easy to drive car for your longer drives to your Dads, Jim. They're really a great allrounder I think, having lived with one for a while and covering quite a few miles each week. Why not give one a try? There are some excellent used buys out there now ...

In fact, I'm hugely tempted to buy another one myself and forgo my company car, which will save me a bit too.
Top

Its been a while since I've been on here!

I used to be on here such a lot, does anyone still visit here from old?

I've had dad too many cars to mention since my last visit but I guess that I haven't been on here as my cars have all been very not French for the past few years and my current trio certainly follow that theme.

Nice to see you back Chris, wondered what was happening with you.
Top

Nice to see that you're still about on here, I wasn't sure I'd bump into anyone from the past. I so miss the Citroen fold! All the meetings, the cars and of course, the people
Top

Welcome back. You don't have to own a French car to be a member of this forum, just being great company will do.
Top

Be nice to catch up at the Northern if you are around.

No idea of the dates yet but usually late May to early April.
Top

I used to be on here such a lot, does anyone still visit here from old?
...

Pretty much everyone who was here last time you were Chris, apart from Addo and I've not heard from DickieG for aeons. Otherwise it's as you were...

Hope you're well.. I have a Japanese motorbike and a Czech car at the moment...

Michel is Northern_Mike... Buyer of your V6 and C5
Top

Good to see your keeping well!