Rather than duplicating everything here, here is my progress on the onboard charger repair:

I've got the main PCB out of the charger on the Peugeot on my bench ready to start working on it in the comfort of indoors so thought I'd put the Lexia on the Xantia to do a post mortem while there was still some daylight.

I checked the fault codes on the gearbox ECU expecting to see ominous clutch slipping or electrovalve fault warnings but.... nothing!

On a hunch I went to the parameters measurement section to check all the inputs to the gearbox and found the real fault - the gear position switch is faulty!!

Clearly with it reporting Neutral in Reverse it's not going to work... I tried moving the lever slightly between Reverse and Park and got it to indicate Reverse on the Lexia and the car lurched backwards in reverse. So reverse is working, it's just not being instructed to go into reverse by the switch... so not a fault in the gearbox itself. Phew!

At first it seemed like the switch position was just out of adjustment as I was able to get it to indicate Reverse part way between reverse and Park, but after doing that a few times it's now reporting 1st when it's part way between Reverse and Park and I can't get it to report reverse anymore so it can't just be an offset in the cable adjustment.

So does anyone have a known good 4HP20 gear position switch they could send me ? (The one mounted on the top of the gearbox) I would be eternally grateful if someone could send me one.

I'm assuming it's NFP - I haven't actually checked yet...I suppose I should, although the price is no doubt comical if available...

(Edit: I've had a look on service Citroen and can't find the switch at all!)

One strange thing I found while testing - F4 in the engine bay fuse box was missing! I fitted a 5 amp fuse as I don't know what rating it should be, but it didn't really make any difference to anything. I seem to recall though that when I've had the fuse box out to do a repair that there isn't actually anything connected to F4 despite it being shown on the schematic... weird...

Right, back to repairing the PCB board for the Peugeot....
Top

Looks right. Can anyone confirm it's the right part number though as I can't seem to find the switch in service Citroen ?

Think this is it?

Well done in finding that.
Maybe you could open up that switch and investigate? Connector fault?
Can't be that complicated, except maybe removing it.

white exec wrote: ↑
22 Feb 2020, 17:45
Well done in finding that.
Maybe you could open up that switch and investigate? Connector fault?
Can't be that complicated, except maybe removing it.

If it's anything like the ones I've seen before it won't be repairable. It will be a moulded/plastic riveted nightmare with contacts falling apart. I wouldn't even waste time trying to repair it.

It's on the top of the gearbox just under the air filter box so not actually that bad to get to. It's the weather that's the limiting factor - today we've been battered with hailstones and high winds while I was working in the Ion.

The gearbox has had the occasional slight hiccup over the last year. I was putting it down to age and mechanical wear and tear, (and eventual looming failure) I wonder if the odd hiccup I'd noticed was the early stages of the switch failing ? If you're driving along and suddenly the switch reports the gear lever is in neutral (or heavin forbid reverse) instead of drive for a moment I'd image that would give the gearbox a minor heart attack...

During testing today the reported switch position was extremely erratic and unreliable.
Top

Well that's the PCB for the Ion's charger repaired and ready to go back in.

The two capacitors (one of them actually) were the only fault I could find on the board. New ones have been fitted and repotted in new silicone resin. The two power resistors and relay tested OK, as did all the diodes in the "waffle plate" underneath, and a surface mount fuse that sometimes blows. So everything that has been reported to fail in these charger faults has either been fixed or tested OK.

So I'm just waiting now for thermal paste and MCU fuse which should arrive on Monday and Tuesday respectively before I can fit it back in the car and test it. Fingers crossed!
Top 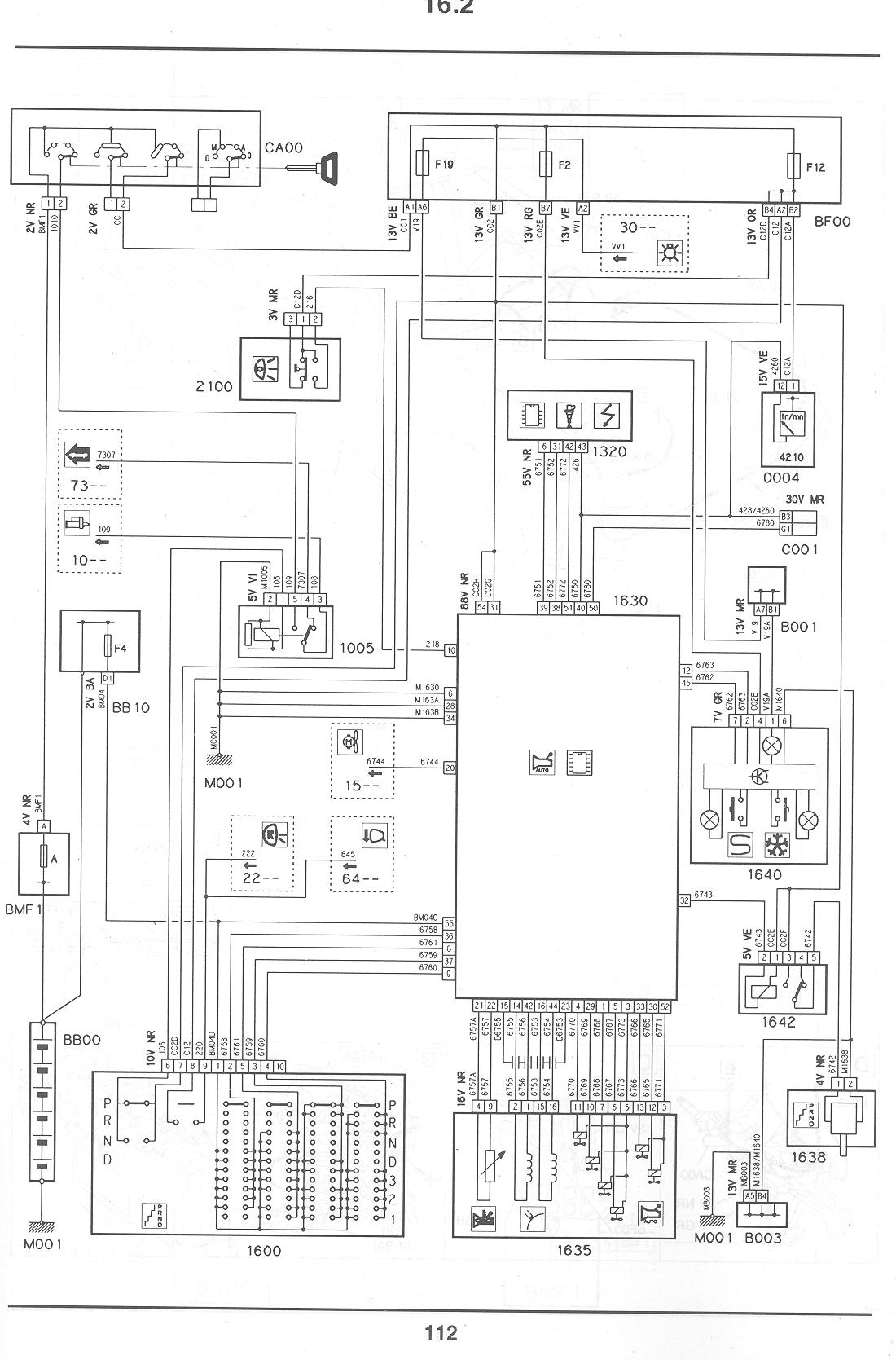 F4 in the engine fusebox.

I've done a bit of further testing and research on this today and unfortunately on a S1 it doesn't seem to be possible to disable the Gearbox ECU to put the gearbox into hydraulic limp/emergency mode on purpose just by removal of a fuse. So I'm going to have to push the car off the driveway onto the road when the time comes to get the Ion out.

I found the pin out descriptions for the 4HP20 ECU and pin 55 which is provided by Fuse 4 in the engine bay is labelled "Permanent battery + for saving autodiagnostic memory".

The pins which actually provide main switched power to the ECU are pins 54 and 31, both described as "+12V ignition on supply", and these come via BF00 (drivers fuse box ?) from one of the main ignition switch contacts without any fuse other than the BMF 1 maxi fuse which supplies the input side of the ignition switch.

So you can't pull a fuse to kill the gearbox ECU without also killing lots of other stuff including the engine ECU.

I am almost certain that in my old S2 V6 there was a fuse in the drivers fuse box you could pull to disable the gearbox as I remember testing the hydraulic emergency mode once, so I'm assuming there just weren't enough fuse bays available on the S1 to give the gearbox ECU it's own separate fuse...

I'm still puzzled about F4 being missing in the engine bay - I don't remember for sure whether I did that as a test and forgot to put it back or whether it was always like that. If that fuse is in fact connected to the memory input of the gearbox ECU in my car as shown, it would prevent the auto adaptive system from permanently learning any adaption to the condition of the gearbox.

According to the 4HP20 training manual as the ECU adapts to the characteristics of the clutches (and also driver traits) this information is kept in ram while the car is running then approx 20 seconds after the ignition key is turned off any new auto adaption characteristics learnt are written permanently to eeprom, presumably to minimise unneccessary eeprom writes. However this relies on a permanent live being available for the ECU to make this write after the ignition key is turned off.

If the permanent live is missing the ECU may work normally during each driving session however when the ignition key is turned off anything learnt during that session is lost and nothing new is ever written to the eeprom, which is normally only written after the ignition is turned off! This is very interesting and could explain why the gearbox has never felt like it adapts properly.

I've fitted a 5 amp fuse to F4 so it will be interesting to see whether I notice any difference in the auto adaption of the gearbox over time once the car is back on the road...

I had another quick fiddle with the gear lever and Lexia today and was completely unable to get the switch to register reverse even when holding it in intermediate positions, so yeah, it's stuffed alright. And it doesn't register D or 2 properly either.

On the A/C front, I checked the evaporator temperature with the A/C on and off in the Lexia - it stayed at about 10C regardless of whether it was on or off, so the A/C definitely isn't producing any cooling at all now even when the clutch engages. However the pressure switch on the drier bottle still seems to be registering sufficient pressure in the system as unplugging it causes the compressor clutch to drop out. (Either that or the pressure switch has a fault, but given all the noise out of the compressor I think that's unlikely...)

Given the crunchy clicky noise coming out of the compressor even when the clutch is engaged and that it has been noisy for at least a year either the clutch is slipping or the compressor has broken bits inside that are just moving around not doing any useful pumping work... so it definitely needs a whole compressor not just a clutch...

Simon,
We now have a lot more XanI and XanII circuit diagrams than a while ago.
Can you post your VIN (sorry to have to ask), and we can scour through to try to nail down your F4, and the correct diagram (if not the one above).
C.
Top

white exec wrote: ↑
23 Feb 2020, 16:47
Simon,
We now have a lot more XanI and XanII circuit diagrams than a while ago.
Can you post your VIN (sorry to have to ask), and we can scour through to try to nail down your F4, and the correct diagram (if not the one above).
C.

Thanks. Having a look.
Top

in which engine bay F4 is listed as 25A, "Injection or Not Used"

in which F4 is listed as Empty

So you can take your pick.
Looks like they were catching up on getting the actual circuit diagrams into print,
and that you were correct about the later cars not having the ability to have F4 whipped out.
Hope the second set of diagrams might be of help.
Top
Messages: 2191